The Neem tree (Azadirachta indica) is one of the most useful trees in the world, both economically and environmentally. It’s cultivated in tropical regions around the globe as an ornamental plant, as well as a source of food and medicine for humans and animals. It’s also planted to protect soil from erosion and to improve soil health, in addition to being grown as timber in some areas. In this guide, we’ll take a look at all of the practical uses of the Neem tree, as well as its many health benefits.

A Good Cleaner for Your Home: Neem is a tree that grows in tropical regions such as India, and it is known for being one of nature’s best pesticides. Not only does neem have an insecticidal effect, but it can also protect the wood and help manage other forms of pest infestation. If you are looking for a good pesticide-free alternative, then neem should be at or near the top of your list.

Native to India, neem (Azadirachta indica) is a tree that’s been used for over 3,000 years. It produces seeds and an extract called neem oil. Both are considered effective home remedies for a variety of ailments. Topically applied, it treats acne, eczema, and psoriasis; ingested, it can help fight gum disease. Its anti-bacterial properties make it a good choice for animal feed; its resistance against bacteria makes it useful in preventing food spoilage. Neem’s uses include reducing fever and aiding digestion; they may also be useful as an antiseptic or pesticide. How To Grow and Plant a Neem Tree at Home

Before you grow a neem tree at home, you need to purchase seeds that are non-treated or non-GMO. In tropical climates, neem trees can be planted from cuttings. If you live in a climate where temperatures get below freezing, you’ll need to plant your seedlings indoors about 6–8 weeks before your last frost date (you can use a grow light for extra warmth).

Once temperatures warm up, transplant your young tree outside into a shady spot that receives regular moisture. It will take about 5 years for your tree to start producing fruit. Each year after that, try harvesting fruit from 1–2 trees and replant them elsewhere in your yard; don’t harvest from more than 5% of all of your trees each year.

The neem tree has several large, shiny, dark green leaves. Depending on which variety is planted, it can grow anywhere from between 2-10 meters tall and 5-15 meters wide. In general, a healthy neem tree will be roughly 10m tall with a trunk circumference of between 1m and 1.5m (but most will be much smaller). The base of a mature tree has a very distinctive appearance—the roots spread out widely and then grow straight down into the ground in a Y shape. While parts of some trees can be harvested for various products, many are left completely untouched for aesthetic reasons. The seed, fruit, leaves, and bark of neem contain a variety of therapeutic properties that have been used for centuries. It’s especially noted for its antiseptic and antifungal properties. Its anti-inflammatory and antioxidant content also makes it effective against various forms of arthritis, diabetes, infections like tuberculosis, or even cancer. A cup of neem leaves may provide three times more vitamin C than oranges. However, use some caution if you’re pregnant; experts warn that large doses may cause miscarriages. This herb also shouldn’t be taken by those who are on kidney dialysis or taking blood thinners.

How To Use Neem for Various Health Conditions

The tree has long been used in traditional medicine. It is sometimes referred to as the tree of life or nature’s medicine cabinet, which can be misleading because it doesn’t refer just to one or two diseases. The leaves, bark, and roots have been used since ancient times for multiple ailments and today they are used for different health conditions such as acne and rheumatism, respiratory tract infections and toothaches, diarrhea, inflammation of blood vessels, and swelling due to injury or arthritis. Here is a list of some uses along with a brief description of each condition that Tree can be used for. To know more click here.

1. Swelling due to burns/injury/arthritis – crushed neem leaves applied on the affected area help cool down burning sensation caused by sunburn and bruises; also reduces pain associated with sprains and other injuries.

2. Acne – A paste made from neem leaf powder helps get rid of pimples naturally without causing any side effects. It does not affect normal skin but keeps pimples at bay, thus making them look less prominent over time. However, no quick results should be expected as it takes months before your skin improves with regular application. Scientists have been studying neem for years to figure out if it is an effective treatment for many conditions and diseases. Even today, studies are being conducted on how it can be used to treat everything from acne and psoriasis to cancer and diabetes. The benefits of using  oil are backed by science – not only does it help with these aforementioned health conditions, but more recent research shows that it has some incredible skin-aging properties as well. It helps stimulate collagen production in human skin cells! It’s also great at killing acne-causing bacteria thanks to its naturally high concentration of salicylic acid. If you have oily or combination skin, that means fewer breakouts! 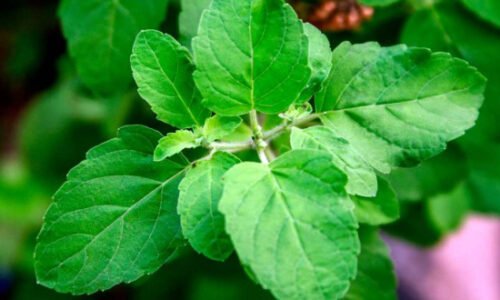 Having curved horns, a gluey coat and coarse fur,

The Fugu, also called globe fish, is a balloon fis

The Raggiana Bird-of-paradise is a beautiful bird

The vaquita is both the smallest and the most enda

Our website is made possible by displaying online advertisements to our visitors. Please consider supporting us by disabling your ad blocker.