The Great White Shark (Carcharodon carcharias) lives all over the world in every major ocean, except the Arctic Ocean and the Antarctic Ocean, but they are most common in the coastal surface waters from 100 to 1,000 feet deep. They may reach lengths of up to 20 feet and weigh up to 5,000 pounds. They have 2 rows of teeth in their upper jaw and 3 in their lower jaw, with each tooth being about 1-2 inches long.

Great white sharks have a torpedo-shaped body and a massive, conical snout. The lower jaw is longer than the upper jaw, resulting in an overbite. Great white sharks also have very small eyes which suggests that they mainly use their electroreception and olfaction when hunting prey. They are dark grey dorsally and pale-coloured ventrally, while adults can be up to 6 meters long. 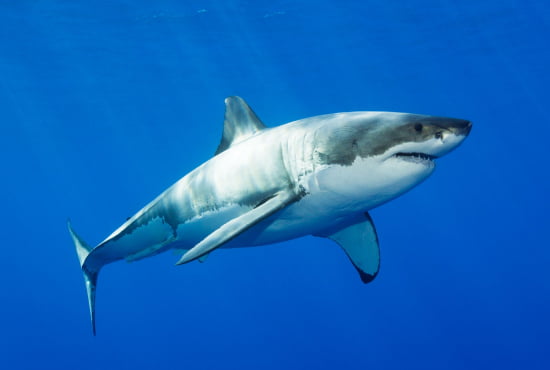 There are no accurate global population figures for great white sharks, but their status is believed to be in decline. In general, great whites can live up to approximately 30 years. They travel alone or in small groups in coastal surface waters and, on occasion, migrate over long distances. They are found near prominent coastlines around most of the world and have been sighted as far north as Iceland and Norway and as far south as South Africa. Their total habitat range is estimated at over 2 million square miles.

Great white sharks are carnivores. Their favourite prey is marine mammals such as sea lions, seals, and whales, but they also eat fish. Great whites hunt by swimming close to their prey and ambushing it. The shark’s size and power allow it to grab its prey in its jaws and shake it vigorously before swallowing it whole. Like most sharks, great whites can sense weak electrical currents generated by other animals from a long-distance away. They also have a keen sense of smell that helps them track down their prey. Great white sharks use these senses to search for food day or night. 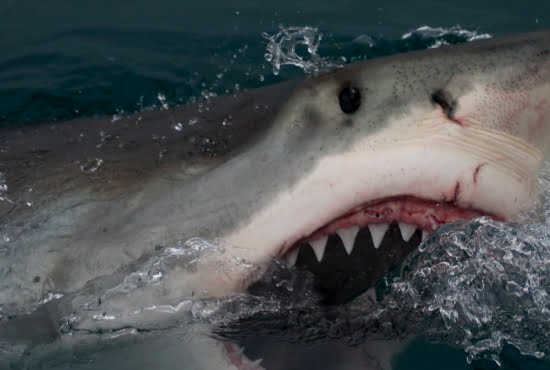 The largest great white shark caught by a fishing boat was a female measuring 6.1 m in length and weighing an estimated 4,000 kg. However, individual sharks have been recorded as much as 7 m in length and more than 1,000 kg in weight. One of these monsters might be bigger still.

In 2004, researchers tagged a great white at Guadalupe Island off Mexico with a satellite transmitter. When they later retrieved it, they found evidence that their shark had grown to about 8 m in length! The longest documented great white is another female from Australia’s Neptune Islands named Deep Blue, which measures 6.4 m and may weigh up to 2,200 kg.

Great white sharks can live for more than 70 years in captivity. In their natural habitat, however, they usually don’t make it past 50. Great whites are highly social animals and spend a lot of time with each other in large groups. Sharks that live together form so-called cooperative units with one larger shark taking on a leadership role by making decisions and protecting its subordinates from predation attempts. This altruistic behaviour is thought to be an evolutionarily favourable strategy that makes hunting easier because every shark stays focused on its prey and doesn’t waste energy fighting or running away from predators. 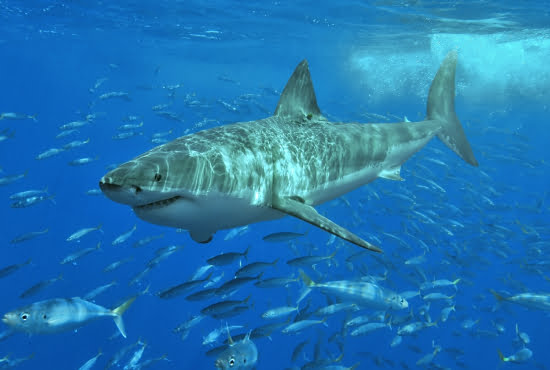 The great white shark is a marine predator and will travel to a variety of habitats, but is most common in cold waters. They migrate and hunt in warm surface waters during the breeding season and then hibernate in colder water for extended periods. Great whites are carnivores that live for about 30 years.

The great white shark grows to over 20 feet long, weighs up to 5,000 pounds, and can measure as much as 16 feet from snout to tail. It has 300 teeth arranged into 25 rows with each tooth being approximately 2 inches long. The great white shark is one of many predators that have adapted over time to hunt effectively using a combination of senses including sight, hearing, touch, and smell. 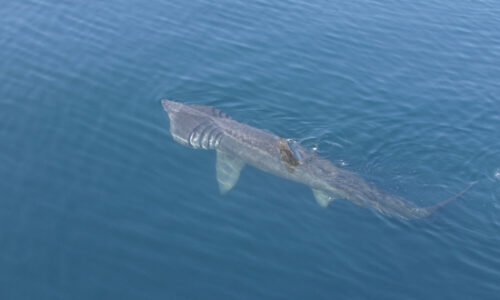 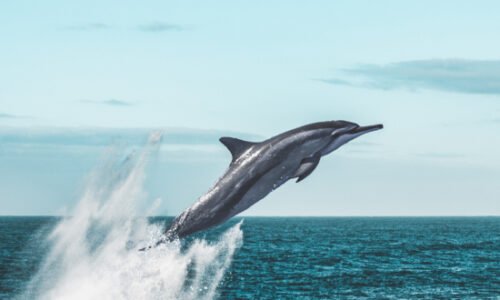