There are 13 subspecies of black bears in North America, but all belong to a single species: Ursus americanus. All black bears are brown in color, have thick fur and large paws with five non-retractable claws. The most common sizes range from 100 to 500 pounds, though large males have been recorded weighing more than 800 pounds.

They have stout bodies with a round head and small ears on top of their head. The biggest difference between black bears and grizzly bears is that they don’t have a hump over their shoulders or behind their neck area. Their teeth are adapted for omnivorous eating; they can tear through bark and open shells with ease. 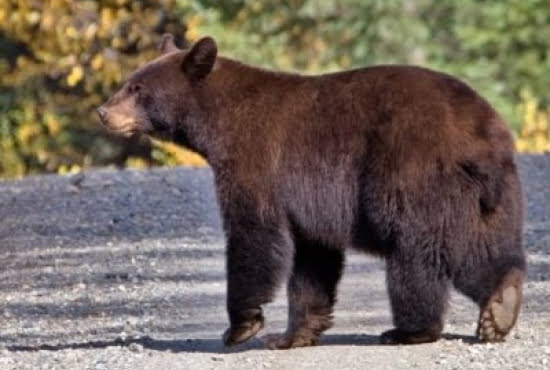 The black bear’s diet varies according to where it lives. It eats nuts, fruit, honey, fish, birds and small mammals such as mice and squirrels. The black bear is an opportunistic eater so it will also eat any food it can find, including garbage if there are no other sources of food available. The black bear’s diet depends on what is available in its habitat at different times of year.

In Canada, bears will eat mostly grasses in summer and fall because berries and nuts are not yet available. In Alaska and California where blueberries are prevalent during berry season (July-August), bears often rely on these small berries for most of their energy needs until hard frosts kill off many plants in autumn.

Although they sometimes break into open sheds, black bears seldom attack humans unless they have been provoked. Nevertheless, bears that have become conditioned to human food and garbage often do attack people if they can get access to a dumpster or other human source of food and are not scared away.

They are solitary creatures except for females with young or during mating season. Breeding occurs from mid-May through June in northwestern areas and from early July through August in southern states. During mating season, males fight over territory using their claws and teeth, but are less aggressive outside breeding season. 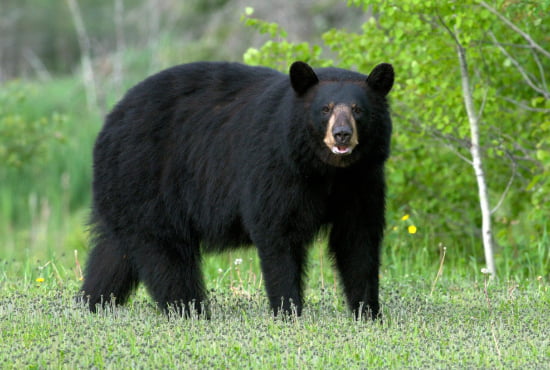 The black bear’s fur is short and shiny with a blue-grey hue. The main body color is black, but can vary from dark brown to a pale cinnamon color. They have large, rounded ears that are always erect when listening for food or danger. The adult male bears grow to be between five and six feet tall when standing on all four legs; females are only about half that size. Their bodies are approximately three feet long and they usually weigh between 100 and 200 pounds (45 kilograms to 90 kilograms). They have large paws with five toes on each foot.

North America’s black bear is found throughout Canada and in most of U.S. states. The black bear has a very diverse habitat, including forests, swamps, mountains and even some urban areas; they have been spotted roaming through cities in search of food. They are able to thrive in almost any environment, from dense forest to open plains; all that really matters is that there’s an adequate supply of food for them to feed on. 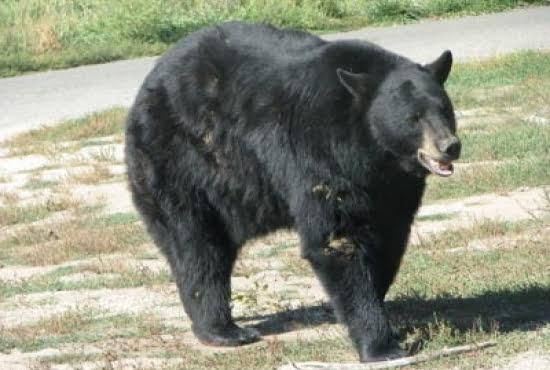 Black Bear Interesting Facts and Features Bears differ from other carnivores as the special molar teeth that they possess have not specially adapted to shearing meat, but to instead grind down vegetation. However, for such a large animal to sustain itself successfully on a predominantly vegetarian diet the Black Bear must spend an enormous amount of time eating and is known to consume tens of thousands of nuts and berries in a day.

The black bear was one of, if not, THE most important animals to Native Americans. The teeth, claws and brains of bears were used in ceremonies, tools and medicines. Their hide was used for clothing (including ritual outfits), and their fat as oil for cooking food. Many tribes did not eat bear meat unless it had been offered first to a god or at least to tribal elders as a gift. Other tribes ate parts of bears but otherwise left them undisturbed. 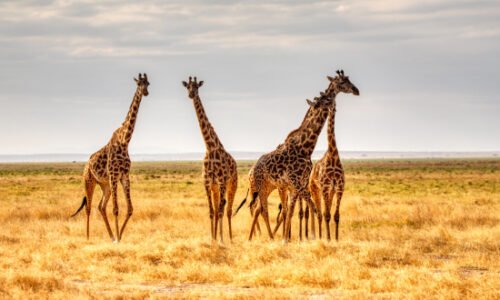 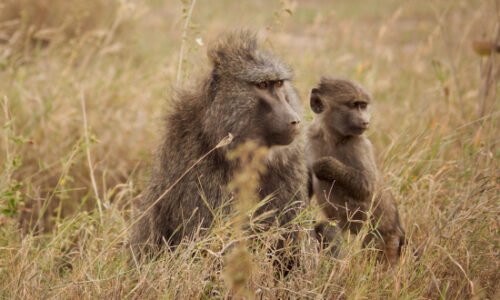